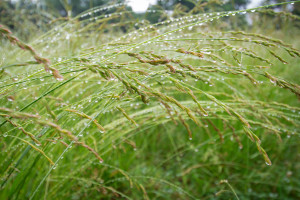 Lands that had previously been condemned for farming due to poor soil conditions and the probability of flooding could once again be used.  This is as European scientists are launching a research to determine if certain grass crops can be used for biofuel.

The grass crops include canary grass, orchard grass and tall fescue.  These grasses were selected based on their ability to grow easily as well as their high tolerance to stress. The real question is whether or not they can produce enough energy to make the endeavor worthwhile.

The researchers are on a quest to see whether these grasses can thrive in waterlogged soil and lands prone to flooding.  The success of the research will result in less competition between biofuels and food crops for fertile soil.

Farmers participating in the research will be able to choose which of the grasses best suit their lands. Mature grasses can then be used in digesters to produce liquid fuel or baled to produce heat or energy.

Click of the following link to read the original story. http://phys.org/news/2013-12-grass-biofuel.html